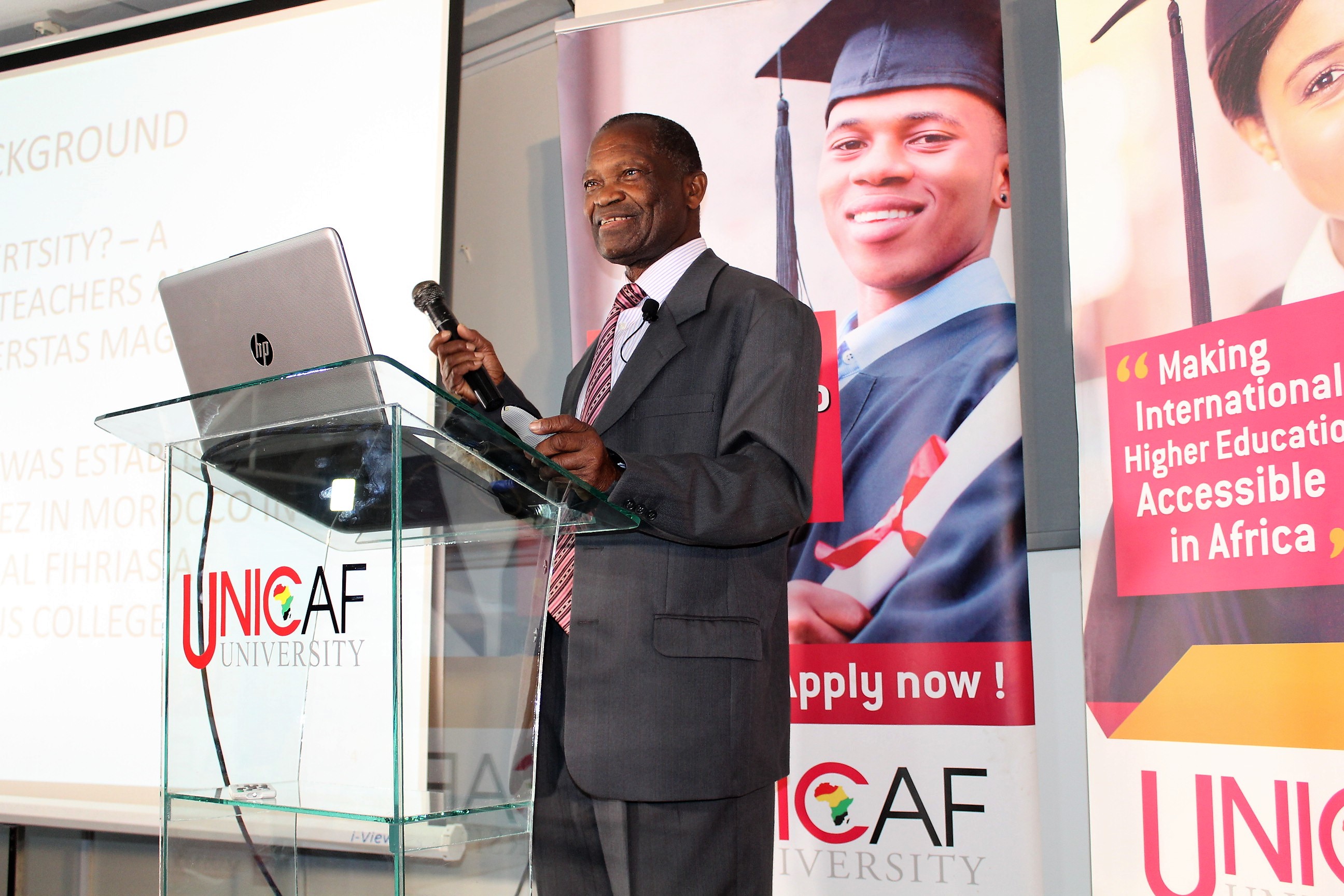 The Open Lecture Series, organised by Unicaf University in Malawi, featuring distinguished speakers is becoming more popular every time. On September 13th, 2017 the ‘Cyprus’ amphitheatre at the University’s modern campus in Lilongwe was packed with an eager audience consisting of professionals, business people and students, who came to hear esteemed Economics Professor Chinyamata Chipeta, presenting the fourth lecture in the series, entitled ‘Towards a Relevant Economics Education in sub-Saharan Africa’. Malawi electronic and print media were also present at the event.

Former Professor of Economics Chinyamata Chipeta thanked Unicaf University for inviting him to give an Open Lecture, stressing that the modern economic environment has a direct impact on the living standards of people. He referred to the often harmful and damaging effects of conventional economics on developing economies, the views of development economists and the stand of economic anthropologists.

He then traced the origins of the first universities in Europe, and much later in Africa, and their operation to this day, stressing that, from an economist’s standpoint, sub-Saharan African universities teach conventional economics, which reflect the cultural background of Europeans and North Americans, and not of the countries in which they are located. Convinced that conventional economics is not relevant to sub-Saharan Africa, Pan-africanists and Substandivists favour the teaching of a different kind of Economics, which has been described as ‘Indigenous Economics’. Pan-africanists call for the teaching of this particular subject, based on recent local research, combined with the teaching of Economic Anthropology. This would require the training of lecturers in the subject of “Indigenous Economics”, (including the study of Economic Anthropology and Economic Sociology), and the inclusion of the subject in the syllabuses of economics courses taught in universities in sub-Saharan Africa and examined by local bodies.

These syllabuses could retain all culturally neutral Economics teaching, (like scarcity, opportunity cost, linear programming , cost-benefit, and input-output analysis), but add indigenous knowledge to the mix.

Professor Chipeta called on sub-Saharan countries to follow the example of South Africa, which has made it official policy to promote indigenous knowledge and to adapt Economics syllabuses of foreign universities to fit in the indigenous context.

After a question and answer session the audience were taken on a guided tour of the state of the art Unicaf University campus. A cocktail reception followed, during which guests interacted informally with Professor Chipeta and officials of Unicaf University.