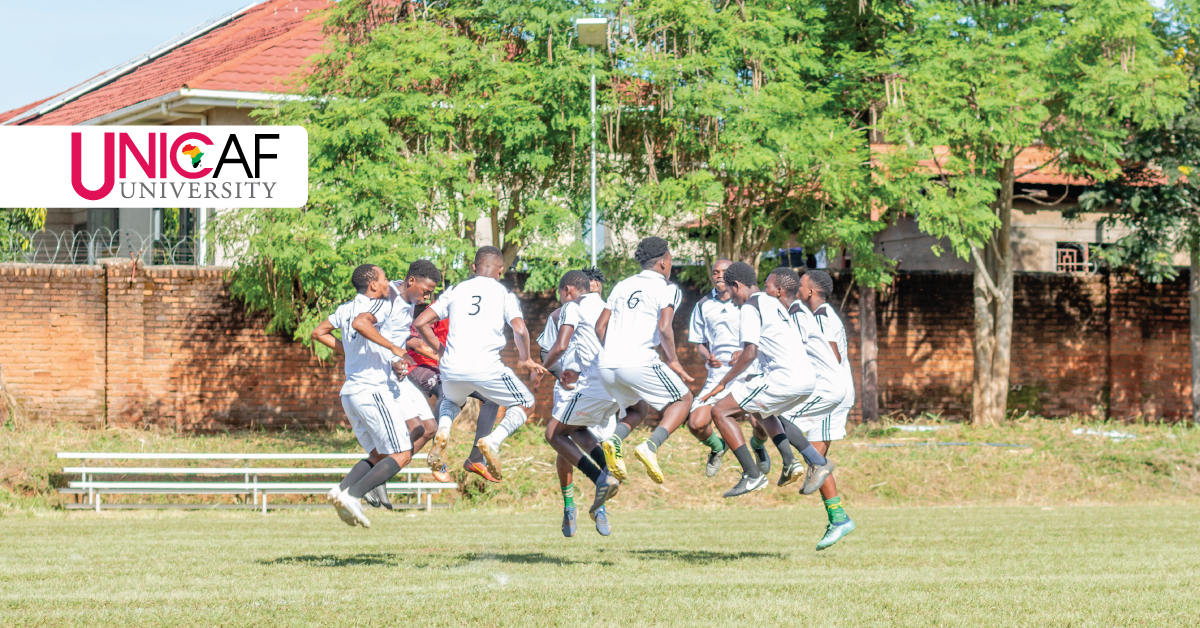 Lilongwe, Malawi, 26th March, 2022 – Unicaf University Football team has joined the Lilongwe Universities and Colleges Sports League. The aim of the league is to provide a platform for students to develop their sporting talents and to develop an attitude of professionalism towards sports in general.

Another objective of the League is to establish a firm base of skilled sportsmen and sportswomen who will participate in league events. There are currently 10 Lilongwe based higher education institutions taking part in this league tournament.

Decked out in their football kit of white jersey with black stripes, Unicaf University Football Team has proven themselves to be serious contenders for the league cup. Watch this space!